Get fresh music recommendations delivered to your inbox every Friday.

by The Council of the Gods 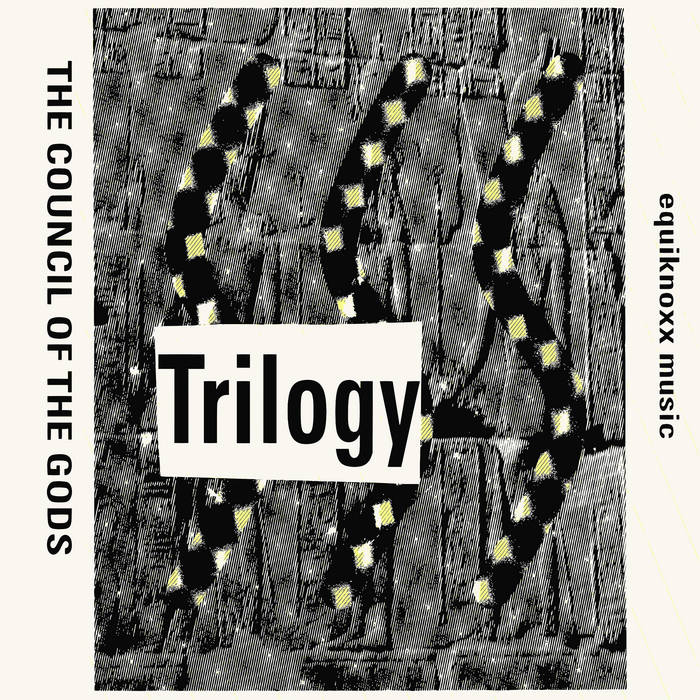 The culmination of three emcees and three producers, Trilogy is the latest full-length missive from The Council Of The Gods, Jamaica’s foremost Hip Hop collective.

Five Steez, Nomad Carlos and The Sickest Drama of The Council consistently blur the lines between true school knowledge dropping and the latest wave of experimental sonics running Hip Hop, representing not only for their Kingston home, but for a generation of heads at the margins.

Trilogy is the group’s most recent statement yet, alternating between screwface-ready bar work, sinister street tales and abstract ruminations on contemporary life, all over a sonic tapestry covering everything from skippy jazz, repurposed dub to electronica-tinged soul.

Through 8 tracks of breakneck, roughneck rap, Trilogy welcomes listeners new and old to a Kingston Hip Hop scene where emcees switch in and out of patois mid bar and where international influences are refracted and transformed by long-lived musical practices.

Opener "Drunk Samurai" roars out the gate courtesy of a clipped, rhythmic jazz loop, a half second snippet that worms itself into your ear while providing the perfect backdrop for the Gods to get busy.

"Live From Mozambique" and "Homage to Her" meanwhile, showcase the group’s ability to tackle both nocturnal street tales and romantic missives with equal gusto. This "eclectic toolkit" is the group’s secret weapon as Carlos, Steez and TS bounce off each other’s bars, all while fleshing out their individual personas.

Featuring mixing by Jan Kwapisz and mastering by Mario Lawrence, with artwork by Gavsborg, Trilogy sees The Council step to their biggest and brightest stage yet, taking full advantage of the opportunity to not only drop a Jamaican classic, but also an album set to introduce the wider world to their artistry.

Bandcamp Daily  your guide to the world of Bandcamp